Review: Far From the War 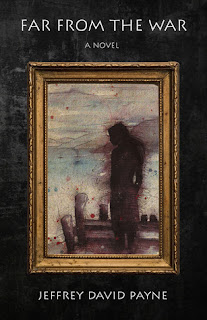 Economic ruin and partisan rancor have pushed America to the brink of a new civil war. Esther is caught in the middle, serving as a page in the United States House of Representatives when rogue politicians and military leaders stage a modern day coup d'etat. When the coup turns violent, she abandons Washington, D.C. for home. She must learn to survive on her own as transportation and financial networks fail, as the war disrupts food and water supplies. The result is a cautionary tale about political extremism and the true cost of war. -- Goodreads

My Thoughts:
I've been reading a lot of books lately that have been out of my comfort zone; mostly romance and paranormal. So when I heard about Far From the War I decided it was time to get to what I love reading the most: dystopias, especially realistic dystopias.

I really loved the idea of a dystopia that takes place in the very near future because for me the possibility of these dystopic worlds becoming a reality is what really draws me. Far From the War takes place in a completely recognizable United States, which is what really kept me reading. The civil war that begins early on in the book seemed completely realistic and eerily possible in my lifetime. And from this base the way civil war was depicted and the characters' (both civilian and military) reactions to the war all felt real and worked to draw me into the story.

But I kept getting thrown out of the story by all the political and cultural references. The number of very time-specific references made me worried that in even five years teens would feel the novel is outdated even though it's supposed to be in the near future. But beyond the longevity of the novel, these references confused me a bit because I wasn't familiar with them so I couldn't figure out if they were supposed to reference a time period I should know (like the '80s) or if they were made up as future times (like the 2020's). I have this pet-peeve about cultural references, so maybe these parts wouldn't bother most other readers. Along the same lines as the references, there was a lot going on all the time. At some points this worked really well, especially in the opening section of the book and when the war first breaks out, but as the book progresses I felt like there was too much happening and I couldn't keep track of everything. Too many terrible things were happening to Ester and these tragedies started to lose their impact for me by the last few chapters.

Although there were a few things that bothered me about the novel, I really liked the concept of the novel and how it broke away from the usual set far in the future dystopias that are flooding YA right now. Plus I think this novel could be an excellent teaching tool for teens. The more current time period and actually watching a government and society fall apart could really make this novel resonate more with teens. 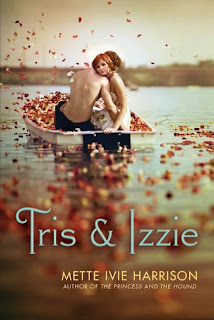 A modern retelling of the German fairytale "Tristan and Isolde", Tris and Izzie is about a young witch named Izzie who is dating Mark King, the captain of the basketball team and thinks her life is going swimmingly well. Until -- she makes a love potion for her best friend Brangane and then ends up taking it herself accidentally, and falling in love with Tristan, the new guy at school. -- Goodreads

My Thoughts:
I didn't really know anything about the Tristan and Isolde fairytale before reading Tris and Izzie; the story just sounded fun and possibly Shakespearean. I wanted something fun and light to end the summer with and this was a good choice for that.

Like I've said before I'm not a huge fan of romance and this is definitely a romance. I liked it, but I did get a bit annoyed by Izzie's relationships and her need to not be in love with Tris. That said I didn't really connect with Izzie at all, but I did like Brangane and Tris quite a bit and for some reason it really didn't matter all that much that I didn't like the main character, the other characters held up the story enough for me to enjoy it.

The mythology Harrison created was excellent and a different take on the paranormal genre: very different witches story that any I've read. Although, I must say the mythical creatures and special powers did get a little silly to me at a few points in the story -- it just seemed too little-kid-fairytale, but these moments were pretty rare.


If you're a romance and fariytale fan then you'll probably love this one, I liked but just got a bit bored with the romance.