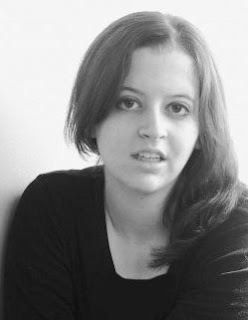 When Charlotte returns to her hometown of Asebrook from boarding school, she knows what she can expect from her days--lessons from tutors, criticism from her mother, and listening to the same gossip from the same people. But there seems to be something different in store for Charlotte when she meets Adam and Jack, the two boys who will change her forever. However, when Jack and Charlotte fall in love, they realize the fight that they are going to have to put up if they want to be together. During a time when money, society, and how one is viewed as everything, Charlotte stops at nothing to be with the boy that she knows she loves. Even so, Jack seems unwilling to sacrifice her future and happiness since he knows he has nothing to offer. The Darling Rebels tells the story of bravery and resilience in the face of insurmountable odds and how far one girl will go for love, even if it means leaving her seemingly perfect life behind. -- Goodreads

What's your writing process (do you generally go through a lot of drafts and revisions, are you part of writing group)?

I start with little snippets of scenes, which usually come to me while I'm lying in bed trying to go to sleep. So I'll jot down dialogue in my Moleskine and then flush it out later in the actual document. I do do a lot of revisions, but it's a sort of "clean as you go" thing. If I see something that needs fixing or if I suddenly get inspired to add on to it, I'll go and revise it. I read something by Zadie Smith, I believe, that said you should leave a fair amount of time in between writing and revising, and I really should start doing that because the perfectionism messes with my head. I am not part of an official writing group, but I have friends who read scenes or chapters and give me comments/critiques, and I do the same for them.

What made you want to become a writer?
There's a stereotype that all writers always knew that they wanted to write. I didn't. I always enjoyed writing, I was always good at English when I was in grade and high school. I wrote because I had ideas, but I never thought that they would amount to anything. When I started showing scenes from Darling Rebels to my friends and they kept asking for more, that's when it dawned on me that something I had been doing for myself could actually be shared with other people. Today, I want to be a writer, because it's the only thing that could be classified as work that I enjoy doing. Pursuing an artistic career and lifestyle is the only thing that interests me, now that I'm about to graduate from university.

Where did the idea for Darling Rebels come from? How did you start the novel?
I was on the bus home from school when I was a sophomore in high school, I believe. I was daydreaming and it's the first time I actually remember physically needing to write my idea down. I started the novel with the scene that popped into my head, which is midway through the story. I wrote a little more and it was like the characters were already developed in my head. Then I went back and started from the beginning. I write sporadically--beginnings and endings are very easy for me to write. It's the middle stuff that always poses a challenge.

What drew you to write a historical fiction novel?
It was just always that way in my head. The clothes, the scenery, and the mannerisms--it was just always not in modern day. I know that I didn't write the most historically accurate novel, but if the story was set in modern times, there would really be nothing rebellious about the characters' actions. And the rebellion is obviously the whole point of the story.

A lot of YA authors today are really involved in the marketing of their books; they're on Facebook, Twitter, and have their own blogs. What sort of marketing for Darling Rebels have you been a part of?
I used to have an official Twitter, but I didn't really find that it was helping to market the book. I do have a website--siobhannichols.com--as well as an Amazon Author Central page. I'm planning on designing a Facebook fan page for the book, so that people can 'like' it.

Any really particularly memorable or difficult moments in the writing or publishing process you want to share?
Actually, once I figured out that I wanted it to be a book, it came very easily to me. I was really lucky that I didn't struggle through writing it. I still can't stop writing about those four teenagers; I have their whole lives planned out for them. The difficulty for me has only come recently, because as I've gone through university and grown as a writer, there are many things that I would like to change or embellish about the book. I want a bigger, more layered, and more historically accurate story. Like George Lucas always wants to rewrite Star Wars, I always want to rewrite Rebels. So I'm going through the difficult moments right now, where I have to learn to let go and write about something else for a change.

What one piece of advice would you give aspiring writer?
Never give up, no matter who tells you that you can't do it. Prove them wrong, because it feels fantastic. The best advice that I ever got was from Elizabeth Gilbert's website. She has a section called "On Writing" and I highly recommend it, because it puts everything about your dream into perspective for you.

Were you an avid reader as a teen, and what were your favorite books?
Like I said before, English was my best subject in school (which is why I majored in it in university), so I did read a lot. My two favorite books ever are Stargirl by Jerry Spinelli, and The Outsiders by S.E. Hinton. Harry Potter also changed my life. I have a picture of JK Rowling on my wall to inspire me to keep writing and to just always do the best work that I can.


What are you reading now?
I just finished The Hunger Games trilogy by Suzanne Collins, as well as City of Fallen Angels by Cassandra Clare. I recently got into John Green's work and I'm always on the lookout for good historical fiction novels. I really wish Phillippa Gregory would write a book about Queen Victoria, because that's my favorite time period and queen. Oh, and I cannot wait for Sarah Dessen's new book, Whatever Happened to Goodbye? I'm really into memoirs and books that are about more than just love. I need to find some books about people who have just gotten out of university and how they manage it, because I graduate in three weeks and I'll need loads of help adjusting to the real world.

Thank you Siobhan and best wishes!
Posted by sarah s at 1:00 PM