I can't believe it has come and gone. I have Mockingjay in my possession and have read it. The trilogy is finally over. 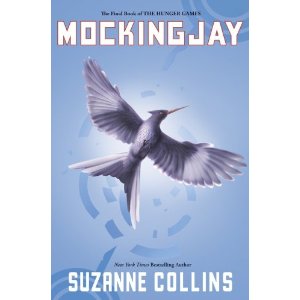 A recap of Monday night and the wee hours of Tuesday morning:
A group of my Hunger Games obsessed friends decided to have a bit of a pre-party before Powells' midnight release party. We met up at one of the girls' apartments conveniently located only six blocks from the bookstore a few hours before the release to have snacks, drink wine, and read the last few chapters of Catching Fire aloud and discuss who would die first and whether or not Katniss would be killed off in the end. Around 9:30pm we meandered the six blocks to Powells and got in the long line that rapped around the building. There were kids dressed in awesome costumes and many people dressed like Capitol people, Hunger Games trivia, crosswords, and plant recognition games. I did terrible on the plant recognition, but pretty good on the trivia and scored a temporary tattoo. A few minutes after midnight we were allowed into the store to find a giant cornucopia filled with books! Got my copy, a commemorative stamp, bookmark, and pin. All in all the event was pretty excellent. Check out Powells' Blog for more pictures (better pictures)! 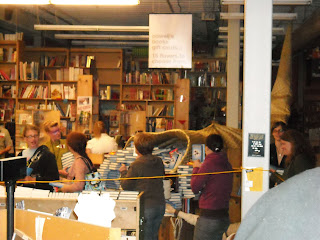 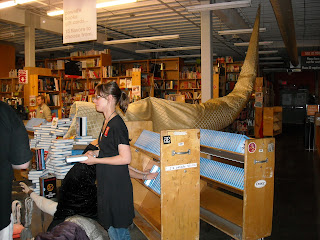 So many Mockingjay copies! 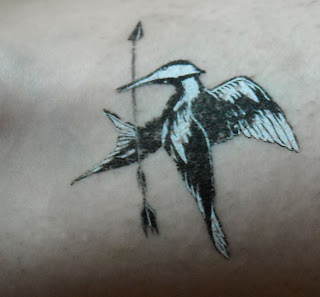 My super cool temporary tattoo, which is on my ankle (still holding up pretty well after two days)

After leaving the bookstore I had lofty plans to stay up reading all night, but after being awake since 6:30am I didn't last long. But I did get to spend all day Tuesday reading. And that is how I've spent the last few days.

Review tomorrow or later this evening after I've had a bit a time to process all the excitement and how the book ended!
Posted by sarah s at 12:47 PM

Email ThisBlogThis!Share to TwitterShare to FacebookShare to Pinterest
Labels: ramblings