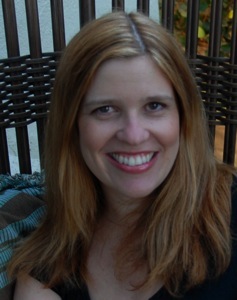 How did you get the Urban Falcon started? Where did the idea of the book come from?

When I finished my MA program in English literature I had a big void in my life. While working on my graduate thesis (focusing on gender and sexuality in Victorian literature) spending hours a day in front of my computer had become quite meditative. So when that project was completed, I stayed at the computer.

But what should I write?

Then Evan Falcon (the 16-year old male protagonist of my novel, Urban Falcon) came to me. He first showed up as a whisper -- a sort of nagging in my mind. As I stared at a blank screen I got to know Evan - his likes and dislikes -- and then I started creating a world around him. For me, a story always begins with a “what if….” statement. For Urban Falcon, the question became, “What if Evan Falcon is forced to move to a new home and discovers his mom is having an affair?” How would he react?

And then, the writing began. The story took so many different turns before it found its direction. At one point, Evan had a little sister (she was later cut). In another version -- his mom was a doctor. Cut. I couldn’t tell you how many drafts I wrote, but I recycled lots and lots of paper.

How long did it take you to write the novel?
I would say that from the initial inception of the idea to the completion of the novel took about two years. I think it would have been shorter had I not enrolled in a MFA program in Creative Writing at the University of British Columbia in Vancouver. In addition to working on the novel (which I was able to further develop in a children’s literature class I was taking) I had a lot of other course work and reading to complete, so my immediate goal was to get through each semester with my head on straight rather than finish the novel -- that was more of a long term goal.

How many revisions did you do?
Too many to count! I’m not a “start at the beginning and work my way forward” kind of reviser. Initially, it begins this way, but if I continue to start at the beginning, the first half of a novel can seem overworked, overwritten, over-revised. I like to work in small chunks. I always keep a few running lists next to me as I write. The first is a timeline of events. When working on a novel-length piece, this is especially helpful to make sure that things are taking place in the correct order and if a major edit happens early on, I use this list to see how this impacts the rest of the story.

Another list I keep next to me while working is a list of research questions. Some of these questions for Urban Falcon included things like, “what does a periodontist do?” “What kind of camera would an aspiring photographer use?” “What kinds of snakes are kept as pets that might be on a semi-endangered list?” Because this world is fictitious, I had less research questions. The novel I am currently working on takes place in Santa Cruz, California, so I have a lot of questions related to that specific region. The female protagonist is obsessed with biology facts, so there’s been a lot of research there. And there also is a juvenile delinquent component, so my research involves the California juvenile court system. But no matter where the book takes place, I have a running list of questions. It’s so satisfying to cross of the list as I research. And truth be told, on days when I don’t feel like writing or editing, I make my way down the research list.

The third list I work with is a character list. I keep this handy for practical reasons like their names and descriptions but also I use it to trace character growth. How does a character change throughout the novel? What is their arc? I am much more aware of this now working on a second piece.


Did you work with a developmental editor while revising and writing the novel?

I did not work with a developmental editor, but I suppose that since I completed this piece of work in graduate school, my peers and professor acted as developmental editor. Writing workshops were an integral part of the shaping of this story. Fellow students questioned parts of the story that weren’t working and sent my characters off in new directions. Now that I am out of school and I don’t have the safety net of peer editors or an acclaimed instructor / writer such as Glen Huser (recipient of the Governor General award for his children’s fiction -- which is the Canadian version of the Newbery). I have, instead, a select group of fellow writers whose honest opinions I trust.

How did you approach editors to get Urban Falcon published?

I am a huge fan of Poets and Writers Magazine and I recommend getting a subscription as soon as possible! They have a wealth of information on publishing and writing and what’s happening right now in the world of writing. In any case, I began my search there. I felt like this book screamed to be published by a small press -- it just felt like a right fit. I was thrilled to find that my publisher, Diversion Press, was run by two academics, both college professors. Because I also write short fiction -- I am very well versed in sending out queries and stories to literary magazines. Which means I’m also very well versed in receiving rejections. You have to have thick skin to be in this business. You have to be able to tell yourself, “okay, that story is not right for that particular agent, editor, publisher” and then you have to believe it will be right for someone. So you press on.


Was there anything else about your writing process or publishing experience that was particular memorable or difficult?

When the publishers sent me the initial cover for the novel I admittedly wasn’t thrilled. It was a cityscape scene with a male and a female in a romantic embrace. It wasn’t the mood that embodied the book (for me), but I understand why it may have been appealing for a certain audience. I was really worried about alienating a male-teenage audience. Since the story has a male protagonist, I tried to think of teenage boys I knew who would want to carry a book around with a romantic scene on the front! I expressed my concern to my publishers who sent four or five more options, which were better, but still didn’t quite hit home. I’d imagine that the cover image is such a personal thing for a writer! I just wanted it to reflect the heart and soul of the story. My childhood friend, Lizabeth Zindel (author of three young adult novels including the wildly popular Girl of the Moment) said, “let’s do a free clip art search”. She explained that that is how most major publishing companies find their covers. We spent hours going back and forth typing in key words that I thought encompassed my novel. I have to credit her for finding the image that is now the cover of the novel. And I was so thankful that my publishers also supported the photo which is a teenage boy walking towards the city with a suitcase. The fact that he’s alone is so important as it symbolizes the solitude and alienation he feels throughout the story.

I do have a little remorse about starting my writing career in my late 20’s! I keep thinking about all the free time I had in my early twenties, before I had a job, before marriage, before kids! Now I write in small spurts. My youngest (age two) takes a two-hour nap every day, so I try and get some writing done then. But I can’t help but think back to an earlier time in my life when I had days free when I could have been writing! So time is my biggest hurdle now. But I’ve always worked well on a deadline. I began a second young adult novel in January of 2010 and I gave myself a deadline of December 2010 to complete a draft (which I did) and then a deadline of June 2011 for a completed draft ready to send out ... the finish line is approaching, but I find that I work much better on a deadline, even if self-imposed. You have to have a lot of discipline to be a writer, otherwise you end up spending far too much time staring at a blank screen while fiddling with a pile of paper clips, organizing highlighters and doodling on post-its (yes, I spend far too much time doing all of the above). On good days I’m able to quit procrastinating and start writing!


Thanks for stopping by Jennifer, and best wishes
Posted by sarah s at 1:00 PM